Between 2015-17, I worked for the New York Cosmos soccer club three different times:

For the summer of 2015, I began as an Editorial Intern for the club. I wrote articles, posted on social media, and interviewed players and coaches, among other responsibilities. I worked with both the Cosmos first team and their reserve side, New York Cosmos B. I also exclusively covered Cosmos Copa NYC, an amateur international tournament sponsored by the Cosmos.

In September 2016, I returned to the Cosmos communications department on a part-time basis for the remainder of their season as they won their second straight North American Soccer League title.

In September 2017, I again came back to the Cosmos communications department on a part-time basis, with a focus on match notes and editorial content.

Click the links below to see my writings for the team. 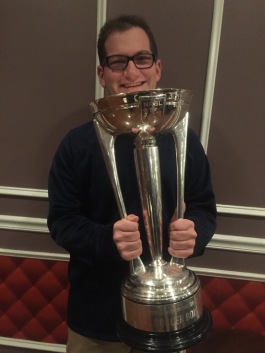 Holding the Soccer Bowl trophy after the Cosmos second straight NASL title in 2016.

Before They Were Cosmos: Hunter Freeman 8/6/15

In 2017, I researched, edited, and then produced match notes for the final two months of the season. Below is the match notes packet from The Championship Final on November 12. 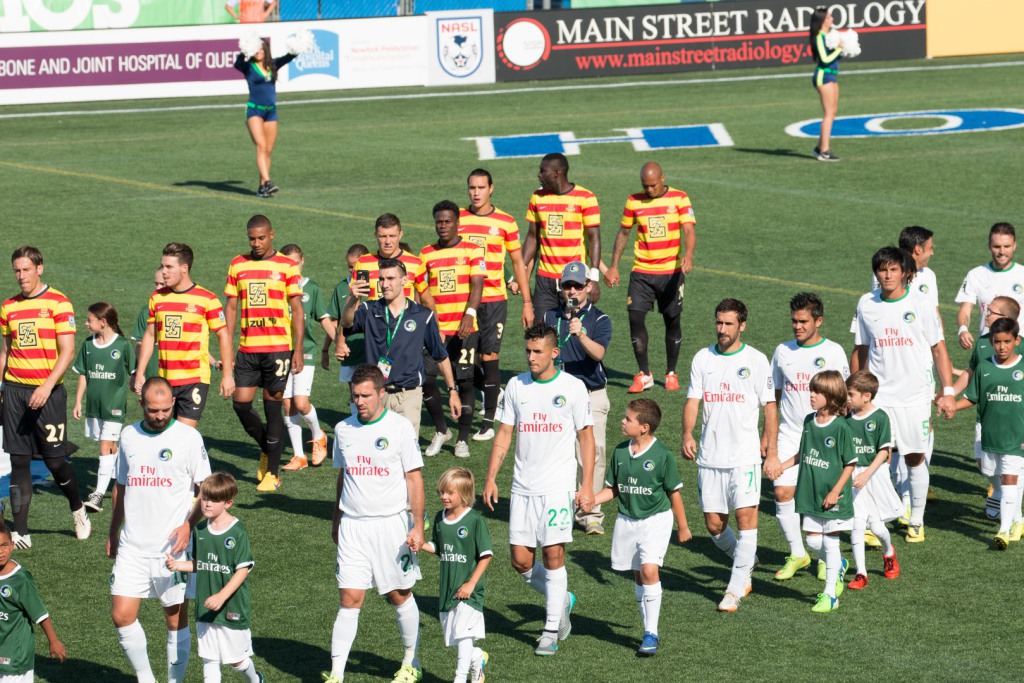 I'm in the hat in the center taking GoPro video at a Cosmos home game.

Each year, the Cosmos run an amateur international tournament called Cosmos Copa. In 2015, I was the lead Cosmos writer for Cosmos Copa. I was responsible for writing the stories, editing them, getting photos, and uploading them to the Cosmos Copa site.

NYC Argentina Powers Through Opening Round 7/7/15 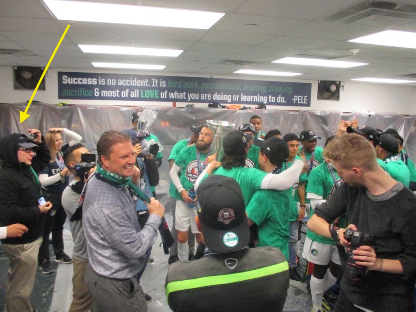 Inside the Cosmos locker room after they won the NASL Championship on November 15, 2015. I took videos and photos for the team.